“I see basically two results: the first is in the mindset in my management team (…) the second one is they are really implementing what they have learned in the training program. (…) In the second half of our fiscal year we have an average growth of 15% to 20% compared with the same period of last year, (…) and I’m deeply convinced that part of this achievement is because we invested into this program.”

So, what can I say about this journey, what are the tangible results of this training programme? Well, I saw a continuous improvement every day, transferring exactly what were the most typical managerial notions like giving information, in everything that was the daily life of the company. And I could see how there was a change in the culture and approach of my managers towards their teams, but not only towards their teams and the people in their team, but also among themselves. So they shared much more information, communicated more and worked together on how to develop the organization to achieve the intended goals and results. Already for this year – so we worked not only for the medium to long term, which remains the foundation for our strategic objectives, but we were already in a good position to work on this year as well. And I realize that beyond what are the “soft” outcomes, like the cultural change, the approach, the teamwork, the sharing of information, we can touch what are also hard results in the numbers. I believe that it is no coincidence that in the second part of our fiscal year the revenue was much higher than in the first part of the year: in the second part we achieved results with +15%, +20% compared to the same period of the previous year in an obviously unfavorable economic context, and I am sure that part of this is also thanks to the results of what has already been implemented by the managers, what has been learned and used, transferred into everyday life from a business point of view.

Why did I decide to invest in this training? When I arrived in Lapp Italia I found a team of managers, who are highly competent in their activities, and with great potential to develop their managerial skills to ensure the sustainable development of the company, valuing people, valuing resources and managing them in the best possible way, bringing out all the positive characteristics of each of our people. This has made it possible to lay the foundations for achieving the company’s strategic objectives through the empowerment of the first line of managers, and from them through the involvement of all the people at Lapp Italia. This was the main objective, and I would say that with this training programme we managed to achieve the extraordinary result to have trained within a year managers who are now able to develop and manage complex projects. But that’s not the full story: above all, they’re able to develop and manage their resources in the best possible way, to do their job, and activating all their potential in order to really achieve these results. I believe this is an extraordinary result in such a limited time span.

One of the most significant aspects of this program, and which differentiates it from traditional training courses, is precisely the involvement and the focus on the relationships between people, particularly implemented by the use of individual coaching sessions. I say this because in my previous experience coming from multinationals that also invest in training programs I could see that this aspect was really the added value and the differentiation compared to more traditional training programs. So, beyond learning the theoretical knowledge, the trainer immediately working in in real life situations the next day, side by side with participants, and really putting everything learned in the classroom into practice right away is the added benefit. It is this, I must say, that creates an even stronger relationship of trust between the participants and the trainer – in this case with Stefan. And most of all it makes the management see tangible results immediately, without doubting if what is learnt during this process will really be put into practice in the future. So you can see first results right away, immediately – and this is another important aspect: seeing it immediately in the daily life of the company, there is also the possibility, at times, to realign the objectives, and to intervene in situations that were not foreseeable at the beginning of the training program, but that can now be inserted for the participants according to their needs. So, from this point of view on a plant, on a well-defined structure, there is the possibility to work in real time according to people’s needs. So, really tailor-made to the needs of individuals and not a pre-packaged product.

When I met Stefan Gliesche who introduced me to the Qianlead Elements training program [then still called Dolce Vita Business Plan], my first impression was that I was facing someone with a great experience, not only from a professional point of view, but also internationally. And above all, a person who, in terms of character as well, expressed an immediate feeling of empathy and a right balance between human and professional aspects of the relationship. This was very important for me to evaluate in order to really engage my managers, the managers of Lapp Italia in this journey. A journey that requires time, dedication, and commitment, and therefore it is important to immediately establish a bond of understanding and mutual trust, and not only among the people who take part in the course. But also with myself, in order to be involved in a continuous exchange to make the program work and make sure that it’s carried out with the involvement of everyone. So it is a program that requires commitment both from the participants but also from their managers who decide to invest in it, because they are personally involved. I think this is a very important aspect.

The program itself is based on workshops focussing on the more theoretical part and, following them, especially on individual coaching sessions that deal with the real-life situations, topics that the people attending the course are engaged in in their daily corporate life. I believe that this is undoubtedly the most important aspect, which convinced me to embark on this approach and to invest an important commitment, also on behalf of the company and economically, but with an equally significant value returned, especially in comparison to other programs and situations that perhaps cover more the theory and not the hands-on part.

My name is Roberto Pomari, I am the managing director of Lapp Italia and Lapp Sistemi Italia. The Lapp Group is a multinational company owned by a German family that operates in the field of special cables for industrial automation. I have been managing director since April 2012. My previous experience is gained in other groups in the same industry sector, in particular multinational groups such as ABB and Schneider Electric. 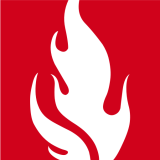 We develop powerful, inspiring and efficient leaders through personality based leadership training and HR consulting.